Jason has been working on some additional locos for The Mill, firstly a Judith Edge 88DS.  As can be seen, it is all but complete now apart from glazing, painting and adding weight. 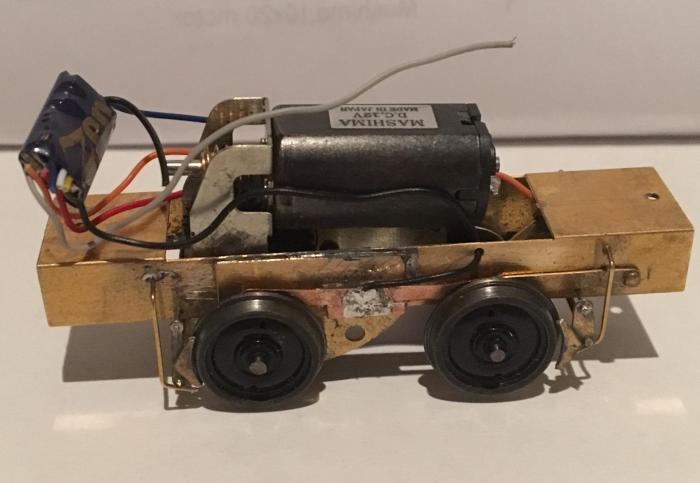 Jason continues: “It is actually the third Judith Edge kit I have built, the first being started over five years ago and then put on the back burner when I discovered that they weren’t built until after my modelling period. However, recently I have dug it out and moved forward to the point where the end is in sight and who knows, maybe we can have an early 70’s mad half hour at the end of shows. It’s a Thomas Hill Vanguard and if anyone is in doubt about how long it has been sat on the ‘to complete’ pile, it appears in one of the first posts on my Bacup thread! 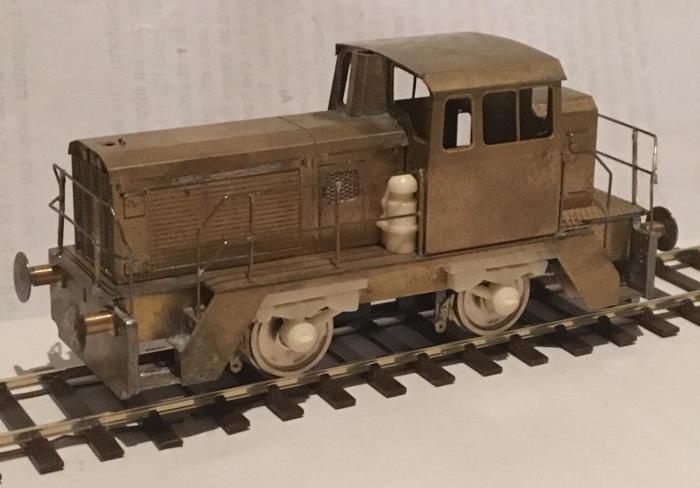 And finally, a loco which is unlikely to see much use on The Mill, an L&Y Class 23. I have owned a second hand OO Works one for a number of years now but it ran like a crippled tortoise. At the 2015 Expo EM North, I managed to pick up a George Norton kit of one for £20, only to later discover that the boiler was missing. Now I could have got a new boiler from London Road but chose instead to build up the chassis and mate it with the RTR body. This has involved shortening the chassis, adding compensation (not catered for in the kit) and adapting the High Level method for the brakes so that they are removable. It has turned into a rather enjoyable but sometimes frustrating labour of love but is getting there now.” 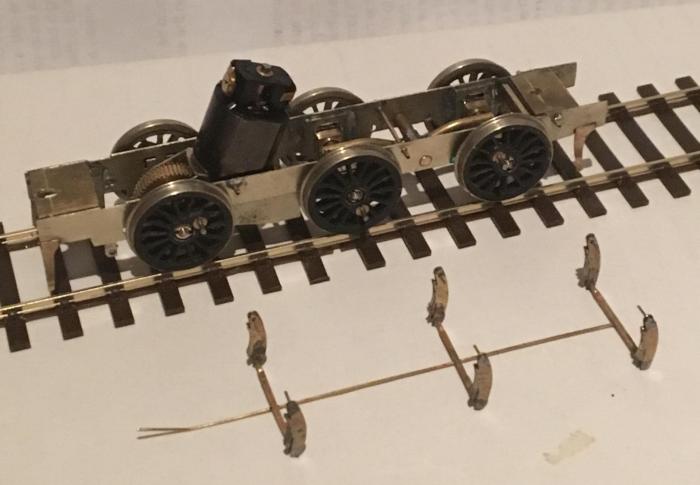